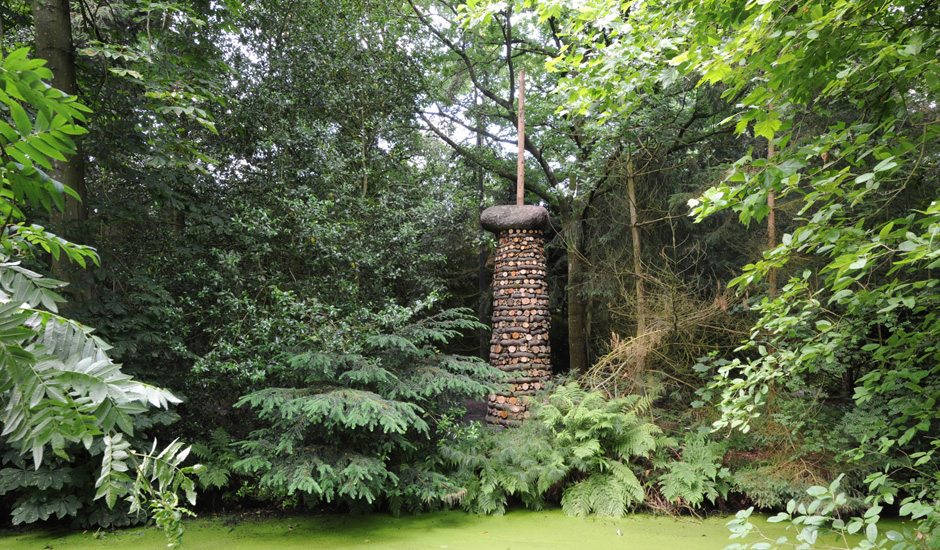 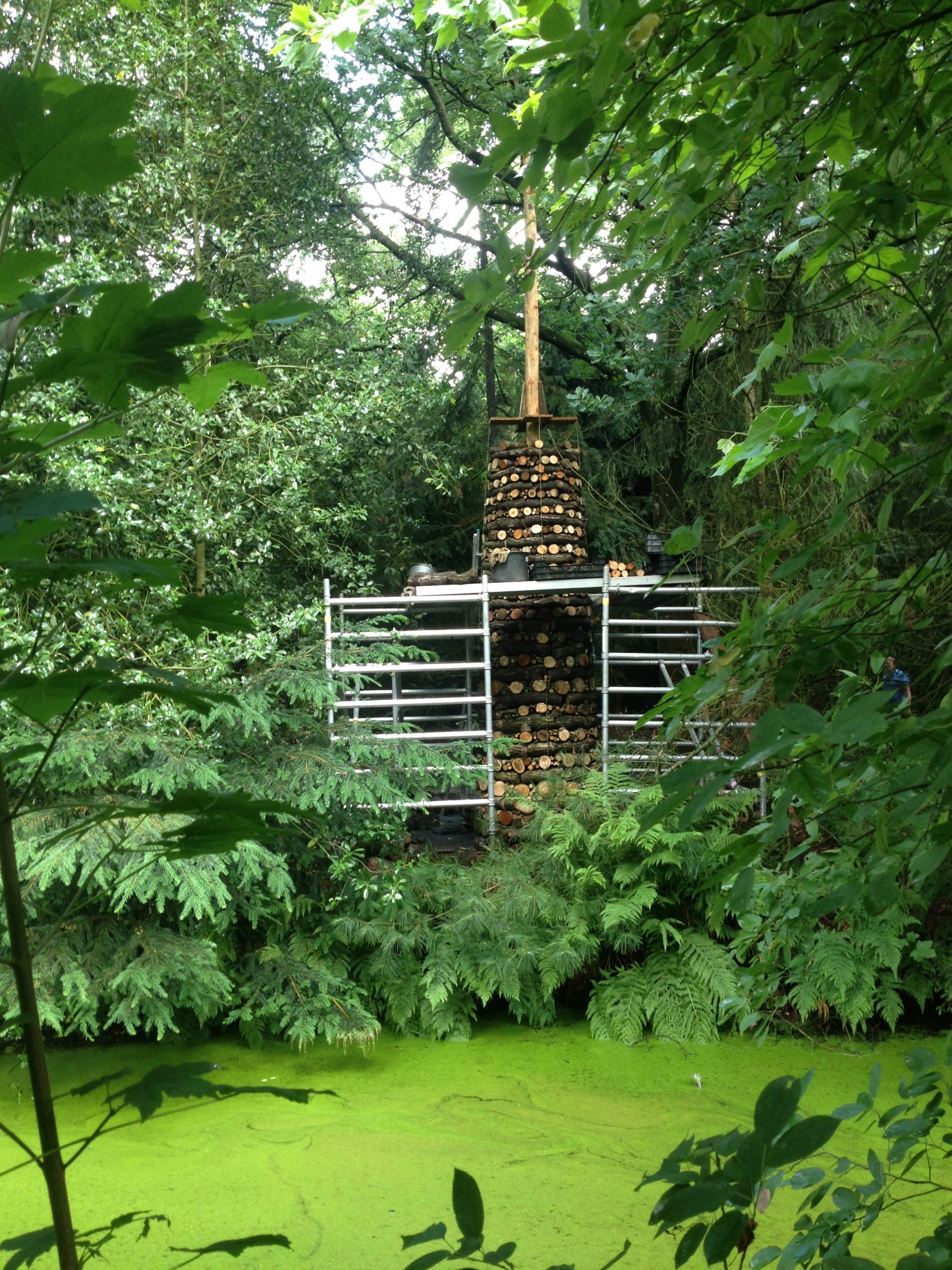 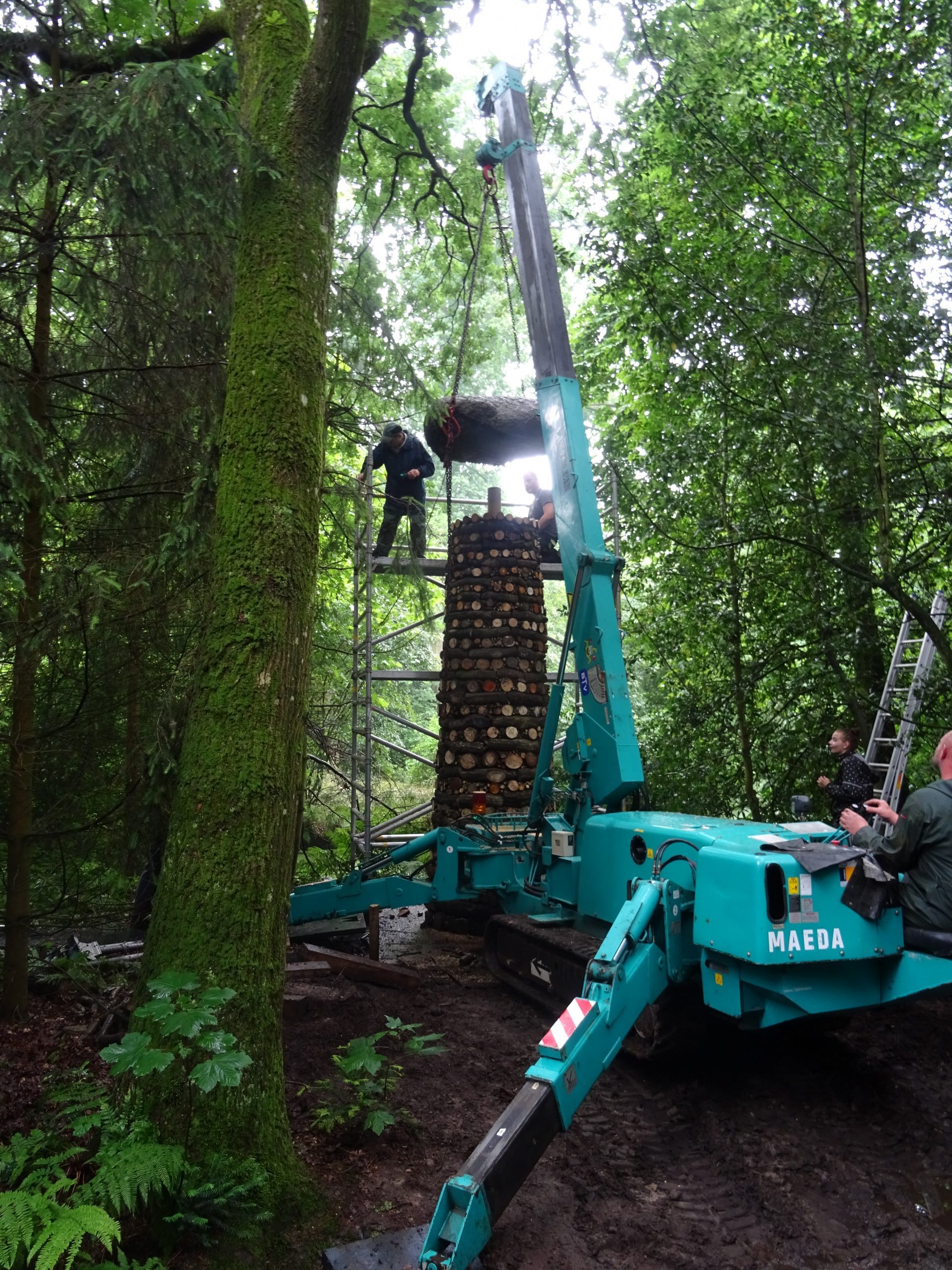 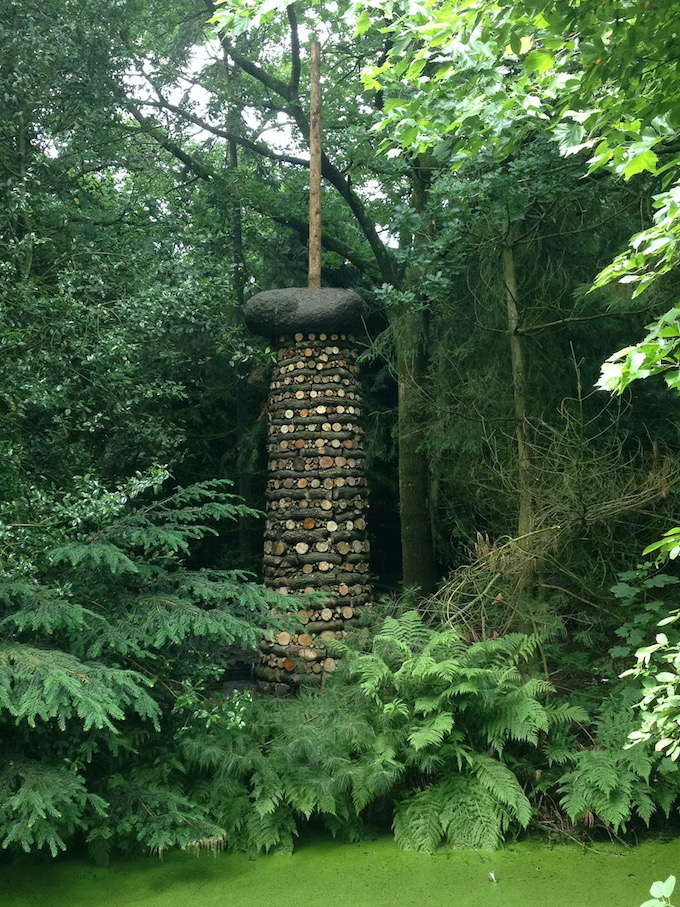 Park Vijversburg is an extraordinary place. Originally designed and constructed in the 19th century it was expanded in 2014-2015 from 15 to 20 hectares. Internationally renowned artists and architects were engaged to design the renovated park.

In 2003 I created a work for the international exhibition Art In Motion at Park Vijversburg. The resulting sculpture, one of my living sculptures titled Varder III, existed for 12 years. Under the umbrella of the redevelopment I was invited in 2016 to create another varder, Vader IV. ‘Varder’ is an old Nordic word meaning ‘cairn’.

Like my other Varder sculptures, this work celebrates the greatest recycler on the planet – fungi – my favourite collaborator for kinetic sculpture. It also acknowledges the thousands of years of cycles of life of this land. It will take 50 or more years for the boulder to slowly descend to the ground as the wood is consumed in particular by fungi.