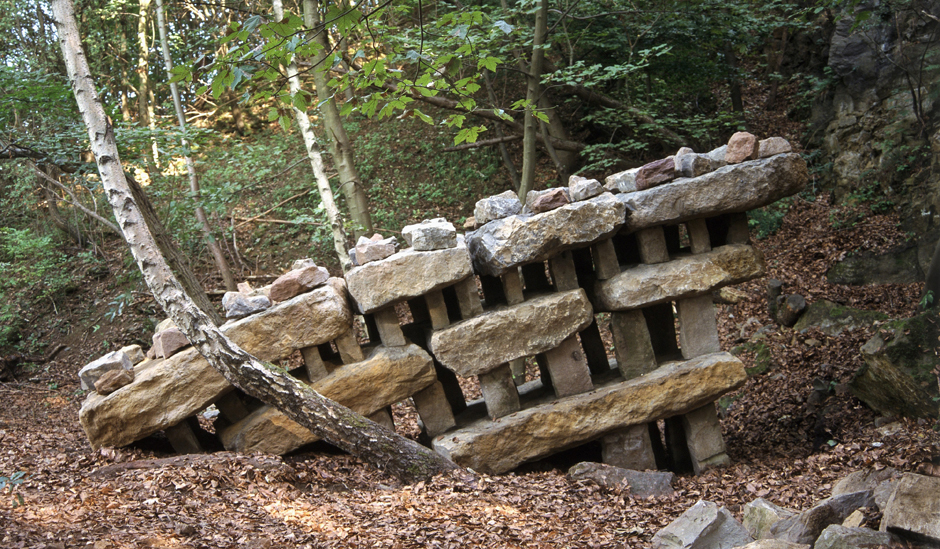 The German place Steinbergen derives its name from the German words for stone and hill. Part of the hill is in the process of being quarried; the rest is a nature reserve where there is a small abandoned overgrown quarry. It was decided to re-link the tilted strata of hard limestone that had been quarried out, at the same time creating a habitat for all the various-sized creatures that were re-inhabiting the quarry. The stones on top will catch a blanket of leaves over time.