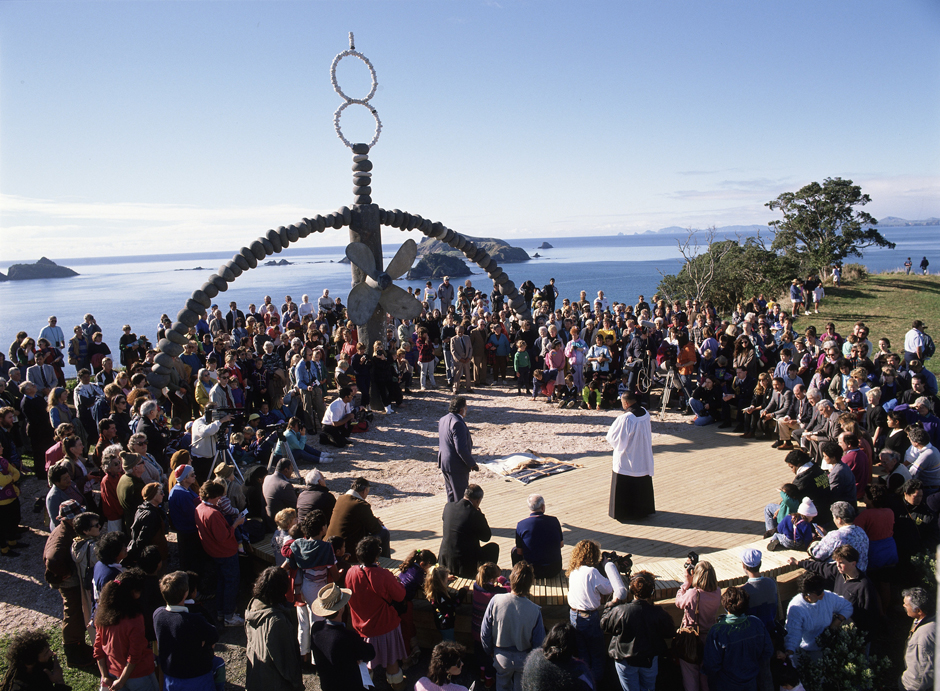 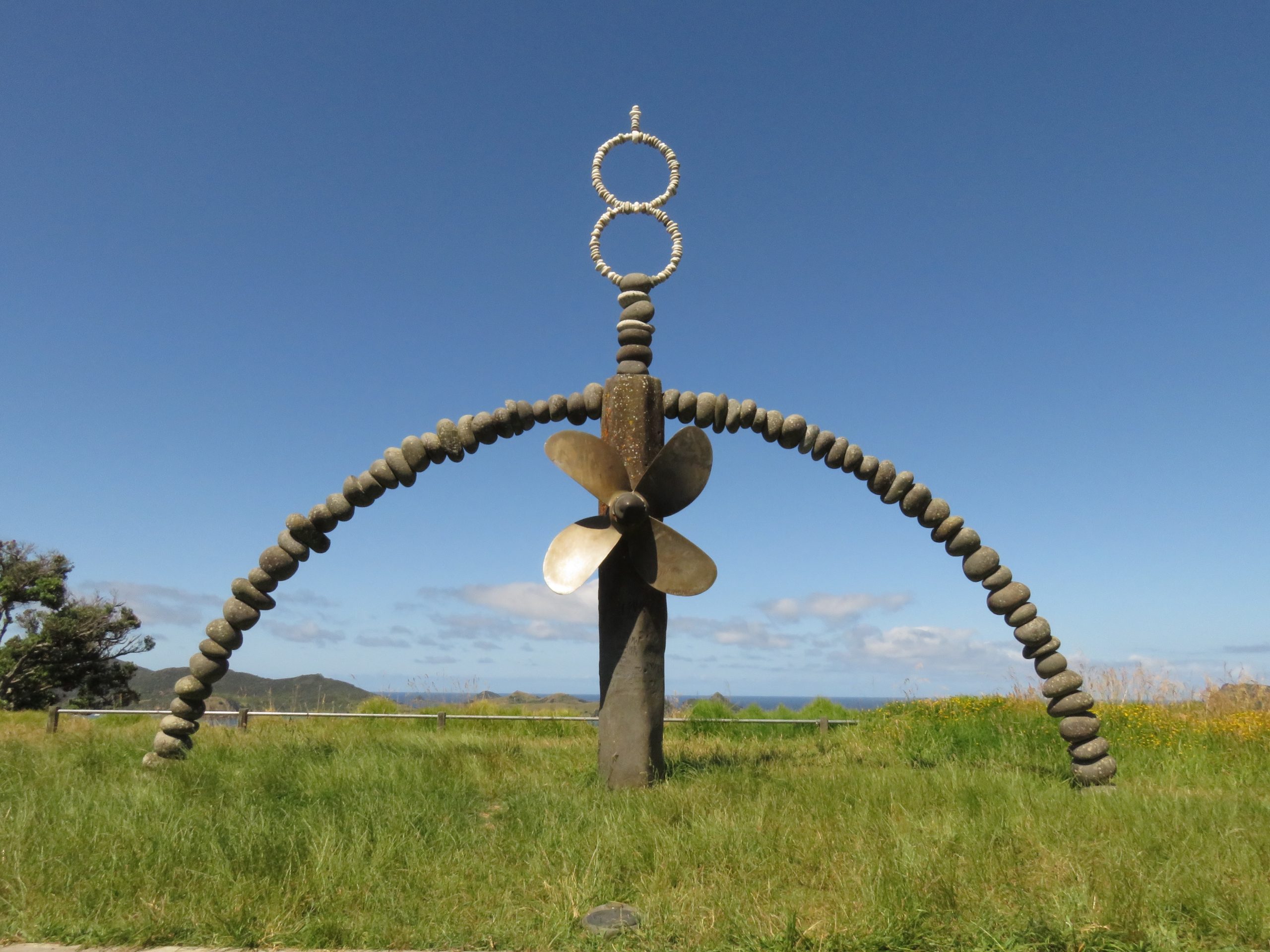 Commissioned by Ngāti Kura and New Zealand China Clays to commemorate the sinking of the Greenpeace ship ‘Rainbow Warrior’ by French agents in 1985.

Obtaining the local materials by sea was fraught with difficulties as this is the Pacific Ocean and storms were prevalent that year. Despite giving time for the project, funding was hard to come by. However, local support was generous. Reparation funds from the French government paid the final bills.