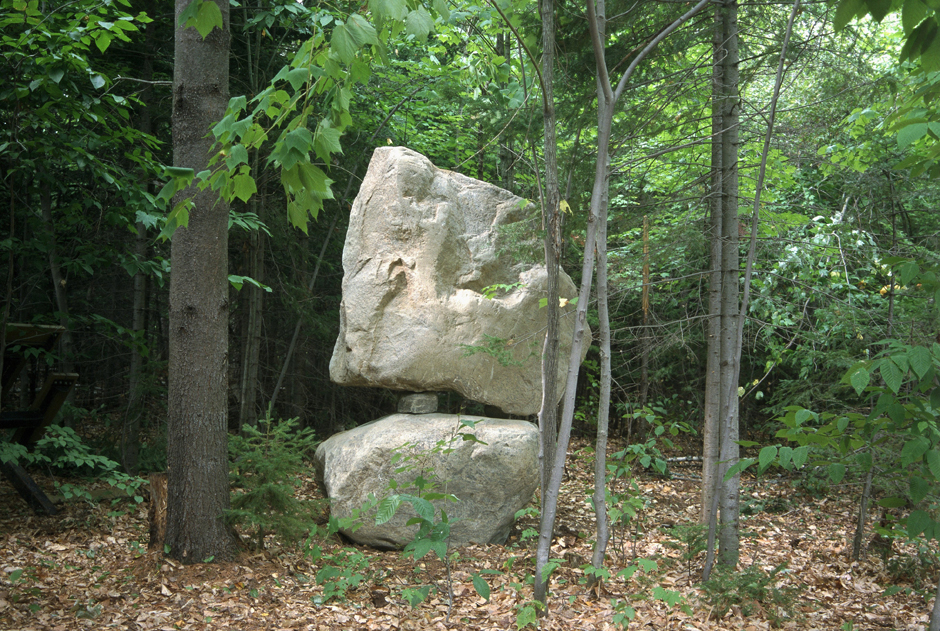 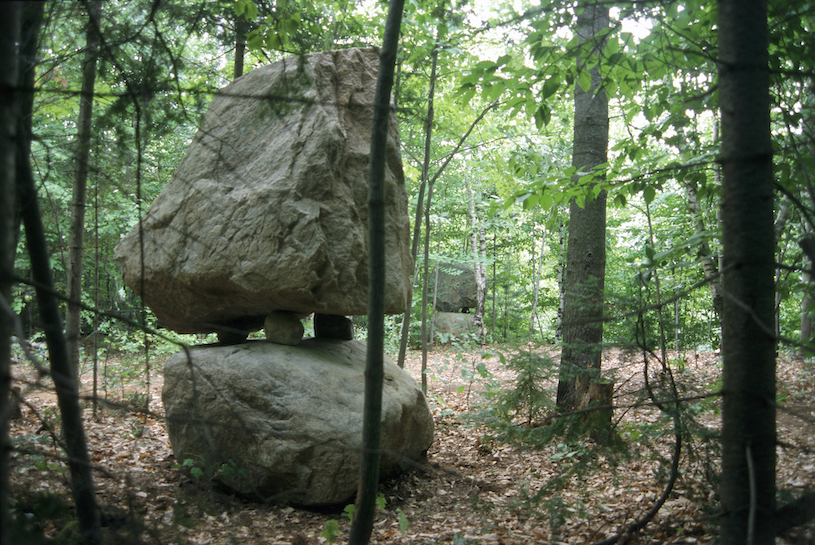 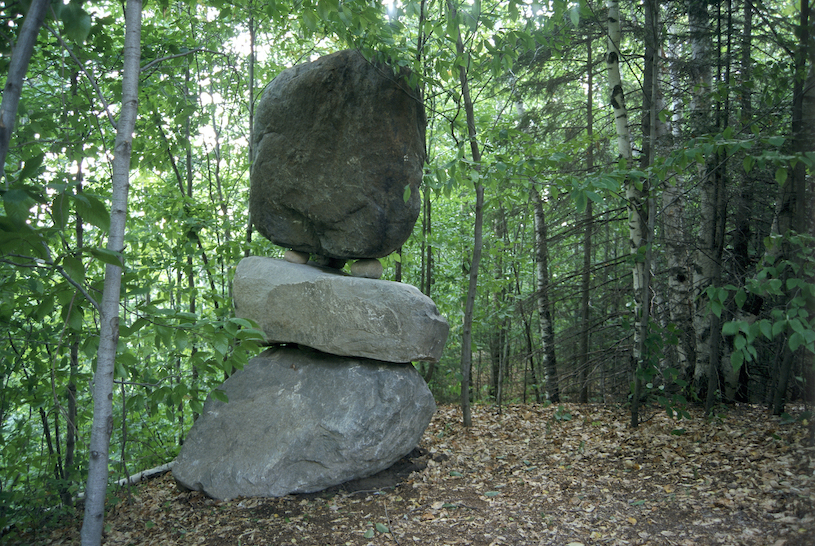 During research for Îles des Silences I discovered that the hydro dam next to the sculpture park was once the site of three islands in the St Maurice river.

The work acknowledges the drowned islands and the First Nation people who occupied this area. These three islands, amid rapids, had facilitated a river crossing: the major crossing for the district, and the place where First Nation people had portaged their birch-bark canoes when northerners met to trade their fur for southerners’ corn. It was also where seventeenth-century French fur traders exchanged goods with the Atikamekw tribe, of the Huron Wendat.