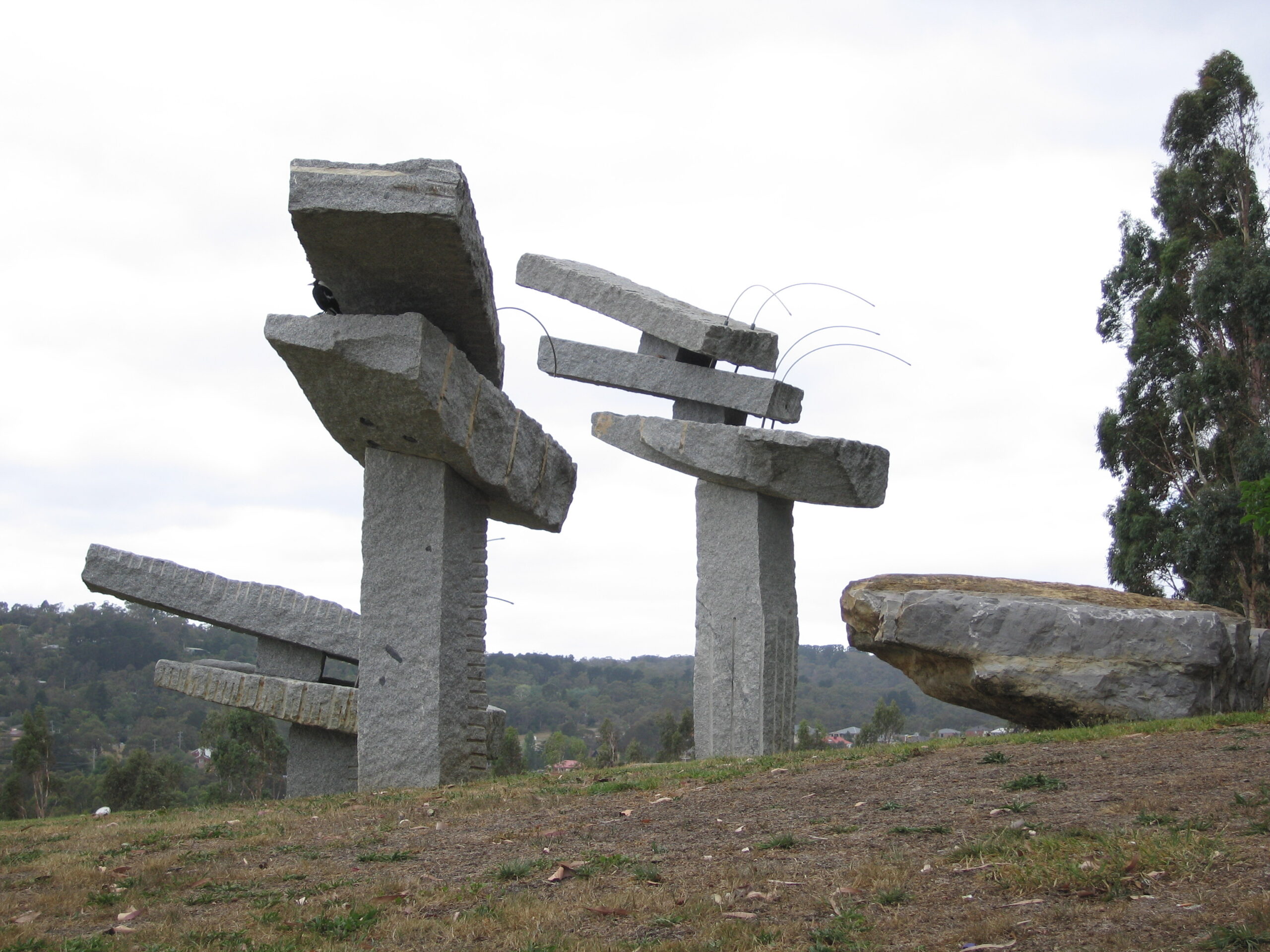 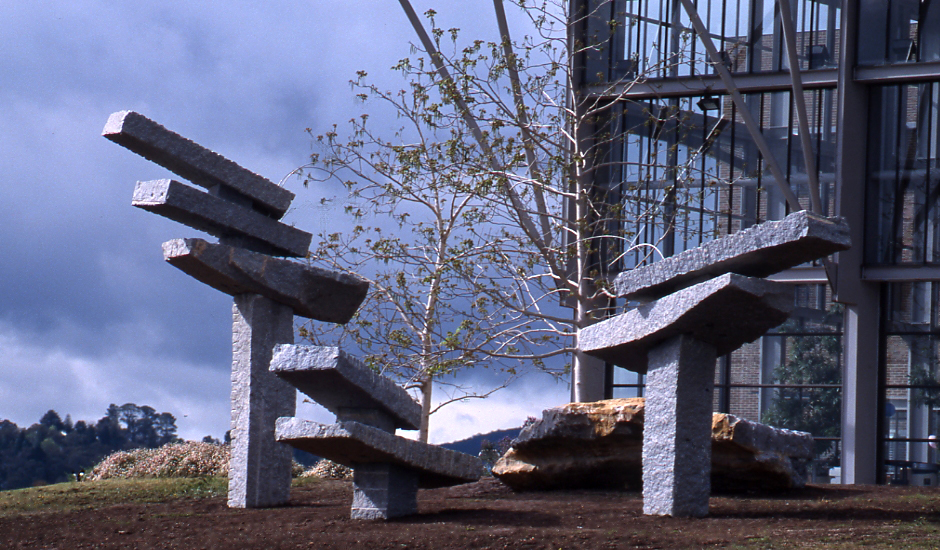 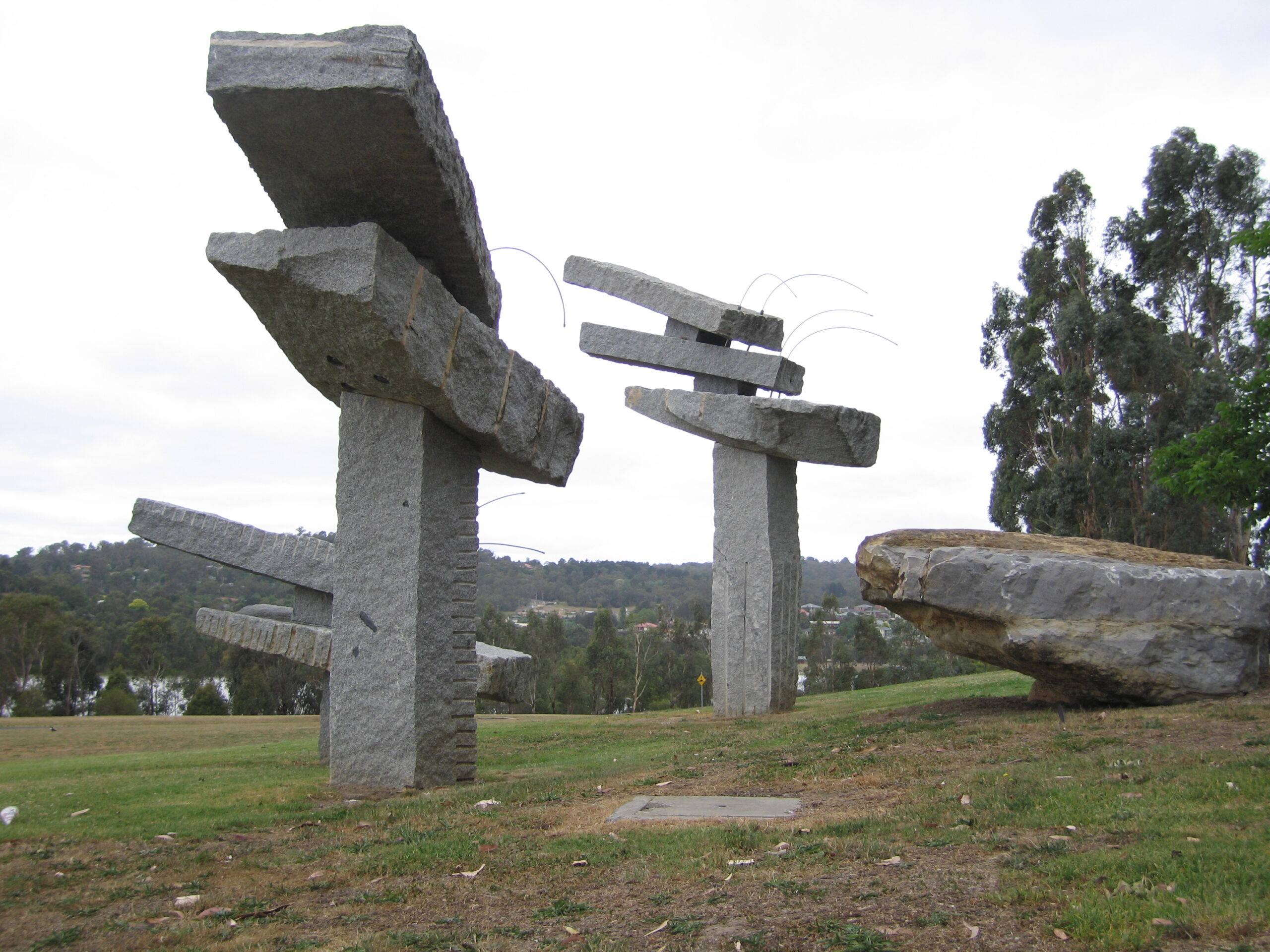 ‘Bukker Tillibul’ is the traditional Wurundjeri name for Cave Hill which is adjacent to the university and is currently the site of the David Mitchell Quarry. The sculpture was named by Joy Murphy, a Wurundjeri Elder.

The constant presence of crows (raven) inspired the three tall structures. Joy Murphy conveyed to me the significance of the crow (waa) as a Wurundjeri totem. Bunjil, the wedge tailed eagle, is also a Wurundjeri totem and is closely associated through legend to Cave Hill. An aspect of the legend is that a star that Bunjil threw is lodged deep within Cave Hill (Bukker Tillibul).

It is from the quarry on Cave Hill that the large horizontal slab, symbolising Bunjil, was excavated and donated by the David Mitchell Quarry.